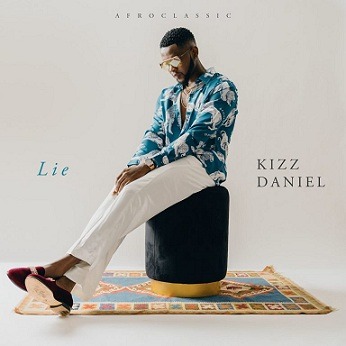 
One of the African favourite singers, Kizz Daniel, updates our playlist, with a new Afro-classic record called "Lie". The Ogun State-born singer, Oluwatobiloba Daniel Anidugbe, popularly known as Kizz Daniel, bounced back to steal the show again with this record. This output, follow up after his song "Flex".
Kizz Daniel is one of the most influential, artists in Nigeria. The young dude gained much respect in the game after his songs "Woju" and "Yeba". the song "Woju" went on and was nominated for the "Hottest Single" at the 2015 edition of the Nigeria Entertainment Awards. Since then, Boy Kiss has never failed his music fans.

This year 2021, as we are enjoying good sounds, from different artists in Nigeria. Flyboy Inc, Kizz Daniel, returns back with a great record for the summer, tagged "Lie". the energy, vocals, lyrics, melody and production on this track was superb. Philkeyz and Blaise Beatz, did great work, on the production department of this interesting record. Vado Tha Great, Kizz Daniel, never disappoints, Enjoy below.