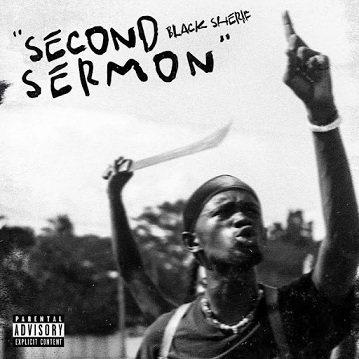 
Young talented Ghanaian rapper, singer and performer, Black Sherif, hit the studio once again with another this record called "Second Sermon". After, Black Sherif gave us "First Sermon". The young talented artist decides to bring another version which is the continuation of the First Sermon.
The "First Sermon" by Black Sherif, was massive airplay in Ghana, still climbing charts of digital stores. The record amassed more than 2 Million views on Audiomack, still garnering lots of views, streams and downloads on other digital stores.

Black Sherif, released this tune, for the amusement of his music fans, as he proves his lyrical dexterity coupled with authentic delivery. Ghanaian Stallion, produced this Second Sermon.
This artist, Black Sherif is favoured with many hit songs; "Money", "Ankonam" and many more credited to him. If you really listened to First Sermon, you won't waste much of your time, to vibe to this Second Sermon. Black Sherif, killed the record entirely.