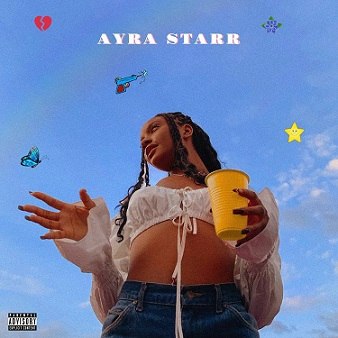 
With the production reference from Dayogery, here comes a record named "Ija" written and recorded by Ayra Starr.


Fast and Rising Nigerian female singer, known as Ayra Starr, unlocks this beautiful record named "Ija" as one of her 2021 debut singles, which is very beautiful and soothing to the heart. The fabulous record is one of the tracks, which make up her self-named newly released Extended Play, which is now currently available in all muisc stores.
Among the tracks, listed by Ayra Starr, on the project, the track "Ija" was outlined as the second track, with production privilege from Dayogery.

This young talented female singer, Ayra Starr, is so talented. The young dude has a very unique versatile pattern in doing music, her voice is so beautiful and very easy to the ears. Ija, is a nice record, coming from Ayra Starr, she really infused some unique vocals on this number, one can vibe with and feel good.
However, the project peaked No. 1 on Nigeria iTunes and also topped charts on Apple music including some countries; Uganda, Gambia, Ghana and many others. This is to show you that "Ayra Starr" is a hit, even without listening to it. All songs on the project are absolutely on point.