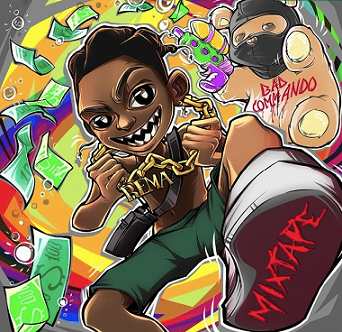 
Mavin Recording artist, Rema, updates our playlist with this yet another impressive soundtrack named "Bad Commando".


Growing Nigerian singer, Rema, unlocks a new masterpiece record christened "Bad Commando", to put a smile on the faces of his growing fanbase. Rema really infused some unique vocals on the number. Starting from the lyrics vocal and instruments, which was well-accepted by his music fans out there. BabyFresh did great work on the instruments.

This amazing record "Bad Commando" was released in the year 2019. The record was also listed, as the first track, of Rema blazing studio project "Bad Commando", which is still blasting speakers, collecting lots of streams, views and downloads on digital stores.
Divine Ikubor, widely known as Rema, is a Nigerian singer, songwriter and rapper, he rose to stardom, after his song "Iron Man" a record of his self-named extended play. Rema, is the current star ruling Mavin Entertainment Records. Enjoy his single jam "Bad Commando".