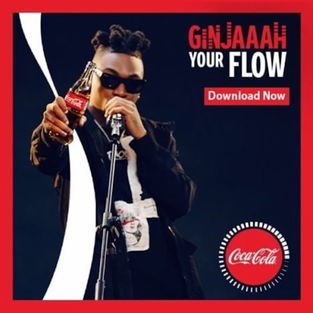 
Currently referred to as The Mayor Of Africa, Mayorkun unravels this joint tagged, Ginjaaah Your Flow, after so much anticipation and expectations. He, partnered with popular soft drinks makers named Coca Cola to make this song a reality.

Ginjaaah Your Flow, is an invigorating entry from Mayorkun that will you cherish so much. The energy and vibes in this track is something to write home about. Go ahead and listen to this phenomenal track below.

Mayorkun is a sensational music artiste who rose to limelight when he was signed to DMW record in the year 2016. He went further to seal his celebrity status when he released his debut single titled "Eleko".