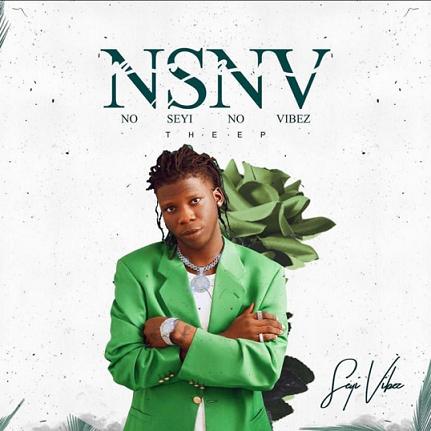 
We present to you this record "Catalyst". a song, written and recorded by a Nigerian songster, known as Seyi Vibez. This mind-blowing jam, is a groovy soundtrack, with dope lyrics and lively verses.

Seyi Vibez, who always comes with a big vibe has done it again this time around. Catalyst, is another great song we can get from him, recorded in his native language, Yoruba. However, the song was taken off from his iconic project, NSNV (No Seyi No Vibez), listed as the sixth track.

Seyi Vibez has been in the music scene for over a while now, consistent and always comes out with impressive records. Some of his previous songs are, "Save Me", "On Your Own", "Anybody" and many more credited to him. Now, here comes this single jam called, Catalyst.