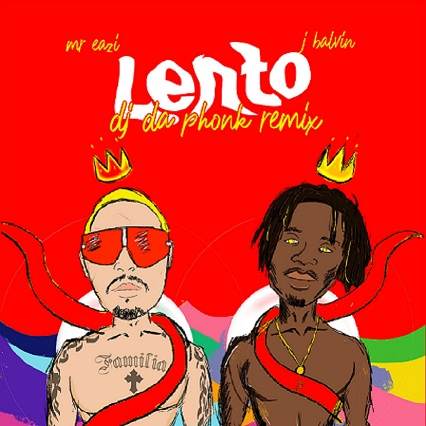 
Nigerian lyrical genius, Mr Eazi opens up a new soundtrack as he labeled this one ''Lento'' featuring J Balvin, a Columbian music star, on this one. which is a sound with trading lyrics in Spanish, English and Yoruba language. Which got it's production reference from talented Nigerian music producer, Killertunes on this one. Released in the year 2020.

This song ''Lento'' by Mr Eazi has it's visual, which was released in the year 2020, as Mr Eazi performs it's part acutely well, alongside with J Balvin, which was directed by Meji Alabi, with scenes filmed in England, London and other places.
This song is already enjoying much streams on Youtube and other streaming platforms, due to it's vibes.
In the year 2021, we are certain to get a new body of work from Mr Eazi, which follows his previous work ''One Day You Will Understand''. Now lets listen up and download ''Lento'' by emPawa act, Mr Eazi featuring Columbian artiste, J Balvin.