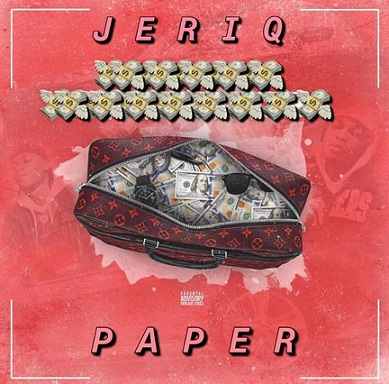 
"Paper" is the new song by the Nigerian hood rapper, JeriQ.


Still being consistent in the game. The Nigerian hip-hop rapper, JeriQ satisfies the fans with another record titled "Paper". He dropped this song this year, 2019 which has been accumulating lots of streams on the digital streaming platforms and fans positive remarks.

JeriQ is now gaining mainstream in his home base and has become the new act to be watching out for this time. Still enjoying his solo songs, he decided to hit again with another solid record "Paper" to entertain his fans and supporters.
The song is where he did awesomely by giving the song nice vocal and lyrics that will make you hit the replay button and again and again. The rapper is known for his English and Igbo fusion and reality talks in his records. Trust me you won't like to miss this one from him.

Jeriq - Stucc In The Grind