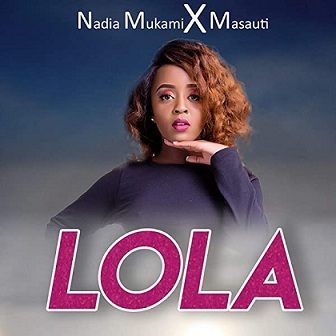 
Still not yet recovered from her previous drops, the Kenyan singer, Nadia Mukami meets up with Masauti on the song "Lola".


Having been wanting a new song from Nadia Mukami?... Here is a new song "Lola" which featured Masauti, the Kenyan SwaRnB recording artist from Mombasa who contributed to making the song a successful one. They dropped this remarkable record not long ago which has been gaining fans attention and accumulating lots of streams on the digital streaming platforms.

Have you been a good fan of Nadia Mukami?... If yes, I think this song will take your joy very far. The song "Lola" is a mid-tempo record with special production which its rhythms were so engaging that it will make you hit the replay button. On this one, he called in Masauti who added his own vocal to create a unique record for the listening delight of the fans. The song is another one to update your playlist this time.