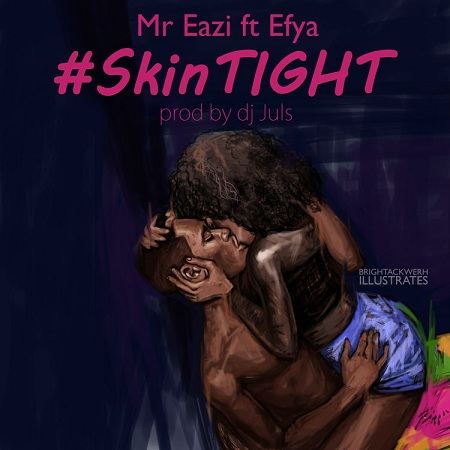 
Highly-Rated Nigerian artist, Mr Eazi, pins out this mind-blowing jam named, Skin Tight, with vocal support from Ghanaian versatile diva, Efya, who gave a blistering rendition to the record.
This was in the year 2015, that this fabulous record was unlocked through Banku Music Records. The song got its production credentials from British-Ghanaian music producer, Juls, with his magical fingers.

Skin Tight is a mid-tempo soundtrack with insightful lyrics and amazing production. Mr Eazi and Efya created magic to this record, which was well-accepted by their music audience. Their sound flows, cadence and delivery are so top-notch.
According to Wikipedia, Skin Tight, gained Mr Eazi an international audience. In 2016, it was nominated for Listeners Choice at Soundcity MVP Awards. That same year again, the visual of this record won Special Recognition Award Music Video Africa at WatsUp TV Africa Music Video Awards; a visual which was directed by Nana Asiehene.

The record, Skin Tight, is an evergreen soundtrack. Listen and enjoy the song below.