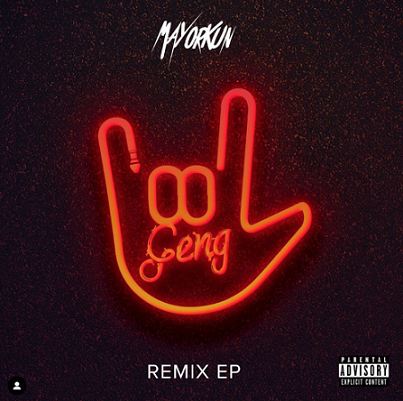 
DMW Records act, Mayorkun presents another one tagged ''Geng'' which is finally out.


Award-Winning Nigerian Afrobeat Sensational singer, Mayorkun dishes out another banger as he captioned this one ''Geng'' as one of his 2020 songs, to thrill his music fans out there. Which is an impressive soundtrack to listen to. This song comes through after Mayorkun was made the ''Budweiser Nigeria'' brand ambassador.
He released this song which is a mid-tempo Afro-fusion track with lots of words and the first track of his EP, ''Geng (Remix EP)''

This song follows up after his successful hits in the year 2019 on the songs ''True'' featuring Vado, Kizz Daniel and ''Up To Something'' which kept him on the mainstream, still buzzing around Social Media.
Mayor of Lagos then decides to drops another banger as he titled this one ''Geng'' which was nominated The Headies Award for Best Street-Hop Artiste, on this sound.
Listen up and download below.