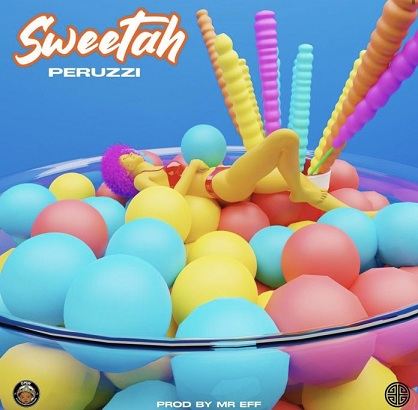 
Multi-Talented Nigerian music maker, Peruzzi dished out this interesting record named, Sweetah, for the listening pleasure of his fans.


Fresh out from the oven Peruzzi, drops another sparkling harmony which he tags, Sweetah, for the listening delights of his fans. The record follows up after his song, Been Waiting, which features Young D, still buzzing around.
The vibes machine fondly called, bounced back again to quench the urge for music by his fans who always look up to him on that aspect with this number named, Sweetah. The record is a cool jam, with insightful lyrics. His voice was clear, production and the arrangement of words were of high quality. Its production was handled by Mr Eff.

This artist, Peruzzi is one of the loved singers in Nigeria. He gained this respect after his collaboration with legendary Nigerian music crooner, 2Baba on the record named, Amaka, which was disclosed in the year 2020. Obechukwu Victor Okoh, known as Peruzzi, is gradually creating a legacy for himself.

Finally, here comes this single antcipated melody from him named, Sweetah. The record is an impressive jam, you will want to add to your playlist and play endlessly.