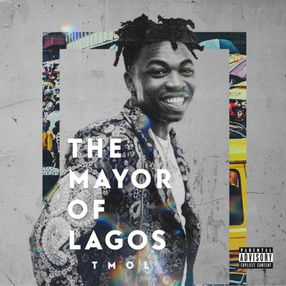 
Intro (Feelings) is the first track off Mayorkun's The Mayor of Lagos album , this track was produced by Speroach Beats.

Mayorkun present this amazing joint Intro (Feelings) featuring his Mum. On this track, The Mayor of Lagos (TMOL) Mayorkun talks about his life journey to music. He shared a story of how he struggle to get to where he is now, he talks about his hustle, the fake life people live, betrayal, poverty, and many more. In my feelings, Mayorkun when on to stress the fact that one should not stop believing in his dream and how people will want to bring you down when they see you have started succeeding in Life.

This amazing joint , Feelings featuring Mayorkun's Mum is the first track off The much accepted Mayor Of Lagos Album. Mayorkun is know for his uniqueness and creativity. The singer Mayorkun came to limelight in the year 2016 after he was signed to Davido Music Worldwide.
Mayorkun debut single was "Eleko" a song that fetch him so much recognition in the music industry. Since his inception to music, Mayorkun has released so many hit songs. Mayorkun Intro (Feelings) featuring his mum is just one of the many hits the talented singer has released so far.