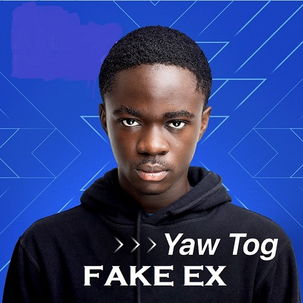 
Talented rapper and lyricists, Yaw Tog premiers another blazing joint and this one was labeled, Fake Ex.


Amazing Ghanaian wordsmith, Yaw Tog unlocks this ever blazing tune tagged, Fake Ex, a song that will delight all who listens and vibe to it. This breathtaking joint was released off his debut studio project labeled "Time" EP.

Fake Ex, is one of the song that Yaw Tog has uses to prove to the music community that he is indeed talented and gifted. This wonder kid has truly amaze everyone with his unending vocal credibility and vocal prowess.

Yaw Tog has earned lots of respect in the industry and here he comes again with this outstanding record named "Fake Ex" with it's production credits from Khendi Beatz.


Share Yaw Tog - Fake Ex Mp3 with others on;