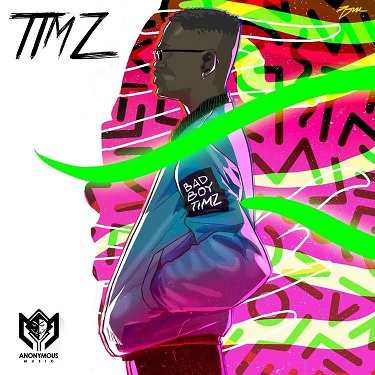 
Bad Boy Timz made another entry with this remarkable tune named "Odo" and having Barry Jhay as the vocal assistance. He released this collaborative song in the year, 2019 which has been gaining fans attention and becoming the new song to get thrilled with. The song "Odo" is a perfect record that rises from Bad Boy Timz new EP called "TIMZ" released under, Anonymous Music.

"Odo" is one of the hit tracks in this project. The Extended Play featured, Anonymous, Barry Jhay and Zanku president, Zlatan Ibile who joined forces in making the project a prosperous one. Bad Boy Timz has shown the world what he's got and seeing his performance in the project, we can't wait in having a new project from him.

From the Extended Play, the song "Odo" stands as the 6th track with special production and nice vocal and lyrics from Bad Boy Timz and Barry Jhay. The song is another one to update your playlist this time.