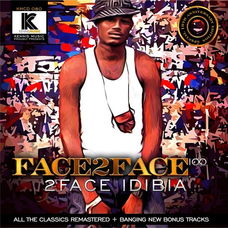 
Thank You Lord, is a dazzling joint from the legend named, 2Baba that was delivered in the year 2004.


Highly rated Nigerian singer, 2Baba gave out this mind blowing soundtrack tagged, Thank You Lord, a track he delivered in his dialect. This song appeared on his much accepted debut album captioned "Face 2 Face".

Thank You Lord, is a song from 2Baba that you will love so much. The gifted singer used this melody to give appreciation and thanksgiving to God the Father Almighty. Go ahead and listen to this track and share your thoughts with us.

2Baba who is formerly known as 2Face Idibia was a member of the defunct Plantashun Boiz group, a band that was made up of himself, Blackface and Faze. This guys were the hottest in Nigeria during the late 90's and early 2000's.