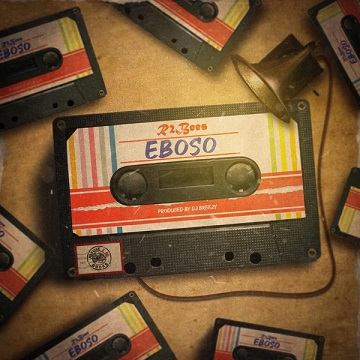 
Most-Talented Ghanaian music duo, R2Bees outdoors this amazing tune called, Eboso, to put a smile on the faces of their fans and lovers of Afro-pop music, which was disclosed this year 2021.
R2Bees released this great melody after their record, Fine Wine, which features Ghanaian afrobeat singer, King Promise and emPawa recording artist, Joeboy, from Nigeria.

Still enjoying the song, R2Bees update our playlist with this sparkling remedy named, Eboso, an afro-pop record with an impressive hook and a slow bop that pleases the ears. Dj Breezy is the brain behind the production of this record.
Moreover, this song is the lead single to their forthcoming body of work named, "Back 2 Basics", which will soon be out anytime from now. The project will be their fifth studio project in the music scene.

R2Bees - Get Get No Dey Want