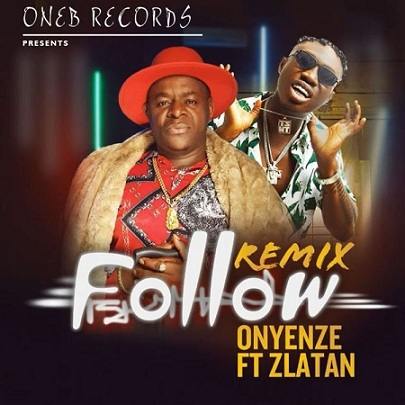 
Notable Nigerian highlife musician, Onyenze dished out this exciting record named, Follow (Follow Who Know Road) Remix. On this remix, he taps the availability of Zlatan, who adds his fantastic vocals to blend this house record.
Follow (Follow Who Know Road) Remix, is an outstanding record, one can relate, sing-along and vibe with. Onyenze and Zlatan Ibile did acutely well on this record, which will be generally accepted by their fans out there.

Onyenze is gradually creating a legacy for himself. He has a very unique versatile pattern in doing music. This latest song follows up after giving his fans, Dis and Dat, which is still making massive airplay.
The Nigerian born-artist, Onyenze is favoured with songs like, "Akachukwu Di Ya", "Ono Na Ndo Fu Onwa", "Change Now" and many more credited to him.