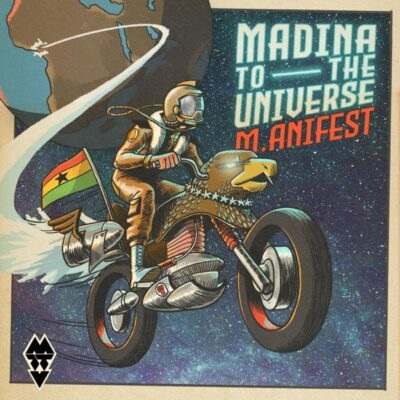 
What a great tune named, Bob And Weave, written and composed by M.anfest, in collaboration with M3NSA. It was this year 2021 that this outstanding record was released, through Singitdamnit Music.

M.anifest. who his fans holds at high esteem dished out this record, in other to give his fans a good masterpiece soundtrack, which will be used to remember him in the long run. His collaboration with M3NSA is a wonderful one. Both Ghanaian-born artists did extremely well on this number.

Bob And Weave, is one of the interesting records, which makes up M.anifest iconic body of work named, Madina To The Universe, standing as the album's fourth record. Bob And Weave, is a sweet serenading record, you can vibe in any mood. Check it out below.

Strongman ft. M.anifest - Ups and Down