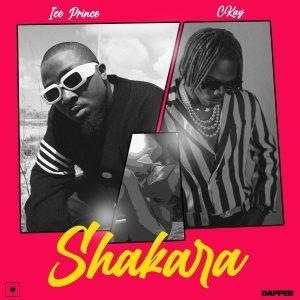 
Prominent Nigerian music crooner, Ice Prince unleashes this enthralling harmony which he tags, Shakara, with a nice featuring from CKay, who turned up with his massive killer vocals. The song is absolutely on point.
This masterpiece soundtrack comes through after Ice Prince made a huge entry in the music scene with the record named, Kolo, which features Nigerian afro-pop songster, Oxlade. The song also has a colourful befitting music video for your viewing pleasure, which was shot and edited by famed videographer UAX.

Panshak Henry Zamani, known as Ice Prince Zamani, has been in the music scene, for over a decade now. He rose to prominence with his record, Oleku, in 2011. Ice Prince has created a legacy for himself in the game. Recently he signed a record deal with American Label 300 Entertainment.
Finally, this year 2021, Ice Prince links up CKay, on this dazzling record called, Shakara, which was produced by ever blazing Nigerian music producer, Blaise Beatz, with his magical fingers.