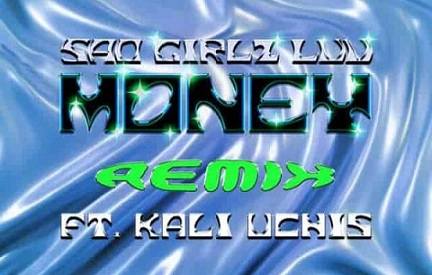 
After the succesful releases of "Sad Girlz Luv Money", the Ghanaian-American singer, Amaarae delivers the remix featuring Kali Uchis, the American singer and songwriter who did justice to this remarkable song. Amaarae released this song in the year, 2021 which has been making a huge trend and collecting lots of streams on the digital streaming platforms.

The first single of "Sad Girlz Luv Money" is a nice record taken from Amaarae's 2020 album "The Angel You Don't Know" which houses 14 tracks featuring Maesu, CKay, Moliy, Princess Adjua, Kyu Steed and 6 who played a big role in the album.

This time, due to "Sad Girlz Luv Money" likes and trend from the album, Amaarae made a new offering with the song remix where she called in Kali Uchis who added her own voice to create a unique record for the listening delight of the fans.