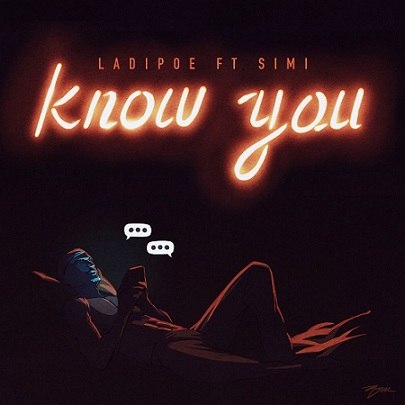 
Here comes another hit song from Ladipoe on this one tagged ''Know You'' featuring Nigerian female singer, Simi.


Here comes another potential hit from Mavin wordsmith, Ladipoe on this jam tagged ''Know You'' featuring Nigerian female singer and songwriter, Simi on this lovely song, as Ladipoe expresses the love between two friends, who are just friends but feel for themselves as well despite they just know each other a little, but Love still making moves around.

This song ''Know You'' by Ladipoe featuring Simi comes forth after the official trend of his song ''Revival Sunday'' which is still making waves.
Moreover, This song becomes peoples played choice on Social Media and also comes with a visual, released in the year 2020, and has accumulated over 1.2 million on Youtube views. Which was directed by Director K (DK).
Now listen up and download ''Know You'' by Ladipoe featuring Simi, produced by Somi Jones.

M.anifest ft. Ladipoe - Best For You