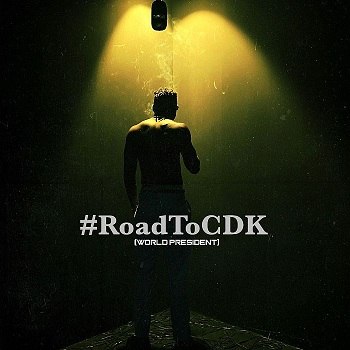 
Another banger from Zanku Records CEO, Zlatan tagged ''The Matter'' featuring Papisnoop off his 2020 Extended Play ''Road To CDK''.


A new banging tune from Nigerian rave of the moment, Zlatan on this impressive sound ''The Matter'' as he features one of his Signee, Papisnoop on this sound, which was a massive hit jam, still making waves in Nigerian and other African countries.

''The Matter'' is guaranteed to put a lovely smile on the faces of his music fans. it's gots a production reference from a talented music producer, Mansa Jabulani, as the 3rd track of his EP, Road To CDK.

Besides, Zlatan dropped the official single of this jam ''The Matter'' after the huge successful trend of its snippet. As the snippet of his song was acknowledged by his music fans and lovers. Zlatan sees happiness and joy from his fans enjoying the snippet and dropping videos on Social Media platforms.

Zlatan, then went ahead and dropped the official audio. He got the inspiration for this sound following the new trending ''Solve The Matter'' on Social Media.
In addition, Zlatan brought Zanku Records unsolved matters in this song ''The Matter'' like, P square's fight, His son resembling Naira Marley, Ankara saw inside an ordered Shawarma and many more.


Share Zlatan - The Matter ft Papisnoop Mp3 with others on;