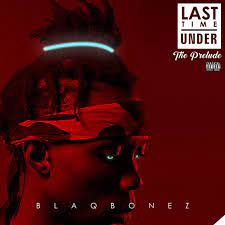 
Don't miss this one dubbed, The Future, written and performed by renowned Nigerian musician, Blaqbonez.


Nigerian lyrical genius, Blaqbonez is out again with yet another sizzling euphony named. The Future, for the amusement of his fans and supporters and not to keep them on chill, discharged in the year 2018.

Blaqbonez really infused some unique and genuine creativity in his vocals. It was off his debut studio project in his music career called, Last Time Under, this enthralling soundtrack was extracted, standing as the second track of the project.

Last Time Under album, sublimes seventeen excellent harmonies, written and performed by Blaqbonez, except for the verses by featured artists. The project is guaranteed to put a smile on the faces of his fans and all who listens and vibe to the record.