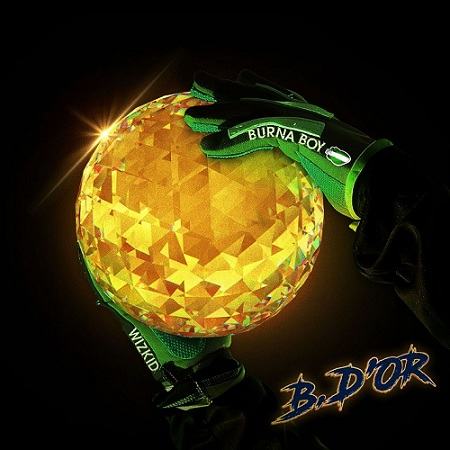 
What a great collaboration as Burna Boy links up with Wizkid on this enthralling soundtrack named, Ballon D’Or.


Nigerian heavyweight musician and the Grammy award winner, Burna Boy comes to steal the show again with this excellent euphony which he tags, Ballon D’Or, with vocal aid from Starboy, Wizkid, who adds his fantastic vocal to blend this house record, discharged in the year 2021.

The African Giant fondly called, released this catalogue after he created magic with Polo G, an American rap titan and songsmith, on the song named, Want It All. Burna Boy and Polo G, did justice to the record, which became an instant hit when it was released, still climbing major music charts.

This year 2021, is truly a prosperous year for Burna Boy. After he won Grammy, for Best Global Album, the dude gave us, "Kilometer", "Question" and "Want It All". Now, here comes another stunning symphony called, Ballon D’Or, which features Starboy, Wizkid. These artists are two Nigerian musicians seriously taking African music to the map. Their versatility is something to reckon on.

Fans can agree with me that since Burna Boy rose to prominence, the singer hasn't been relented. Every single he touches is a hit. Now, Clear your device, delete files and update your playlist with this song, Ballon D’Or, by award-winning sensations Burna Boy and Wizkid. P2J, a Nigerian-British music producer is a brain behind the production of this record.