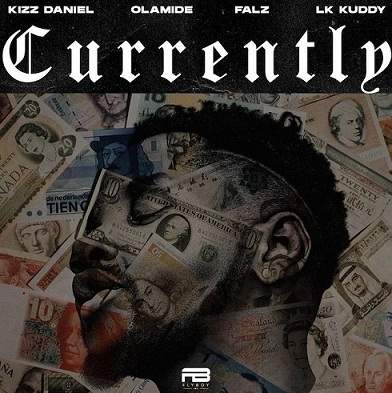 
Vado Da Great, Kizz Daniel churns out this masterpiece soundtrack tagged ''Currently'' as teams up with these Nigerian talented artists, Olamide, Falz and LK Kuddy on this amazing jam, which is now taking over the streets of Nigerian, been played in Clubs, Radio Station, TV Station and many other recreational places.

''Currently'' by Kizz Daniel, got solid production from Nigerian top and talented producer, Masterkraft, who never fails when making sounds.

Finally, Kizz Daniel decides to bring a jam, as he made a wise decision involving three Nigerian hit-makers, Olamide, Falz and LK Kuddy, as these three artists, did justice to this song, which is generally accepted by his music fans out there.