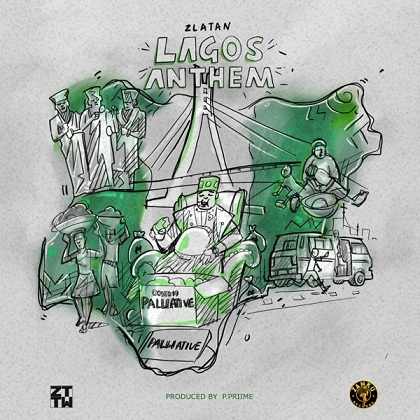 
Nigerian rave of the moment Zlatan Ibile released this sound ''Lagos Anthem (Money No Dey Lagos)'' which is now available on this platform.


Zanku Records CEO and Nigerian hit-maker, Zlatan Ibile come through with this mid-tempo soundtrack tagged ''Lagos Anthem (Money No Dey Lagos)'' Zlatan released this banger and Street Anthem in December 2020, as he uses this jam to warp up the year, and put a lovely smile as his fans celebrate the festival season (Christmas).

Zlatan has been good since he started rose to fame in the music scene. 2020 was a good year for him. ''Ouilox'' and ''Unripe Pawpaw'' was a massive hit from Zlatan in the year 2020.

Zlatan also released a lovely Extended Play captioned ''Road To CDK'' consisting of 5 solid tracks, as he uses this album, as an opportunity to introduce his new label signees namely Oberz, Papisnoop & Jamopyper, as these three artists showcasing the real talent in them, as a talented musician on this album.

Now a new catchy sound from Zlatan comes forth as he dubbed this one ''Lagos Anthem (Money No Dey Lagos), which is a potential hit jam, highly Anticipated.. Produced on the desk of Nigerian producer, P Prime.