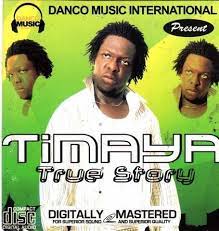 
Most-Decorated dancehall songster in Nigeria, Timaya hit the studio with this enchanting symphony named, Dem Mama. This mind-blowing jam is one of the hottest records, that made up his much-accepted body of work, True Story which was disclosed in the year 2007.

Timaya created a unique and genuine in his vocals. His vocal performance, energy and melody in, Dem Mama, is so top-notch. This particular song gained Timaya enough recognition. Since the release of, Dem Mama till this moment the record is still making a great impact.

On the aforementioned body of work, Dem Mama was listed as the sixth record. In this record, he talks about the Odi massacre, by the Nigerian military in the year 1999 at Baylesa State. This melody will continue to linger on the playlist of Timaya music fans and supporters. Just take out your time and listen to this song.

Darey ft. Timaya - Back To Sender