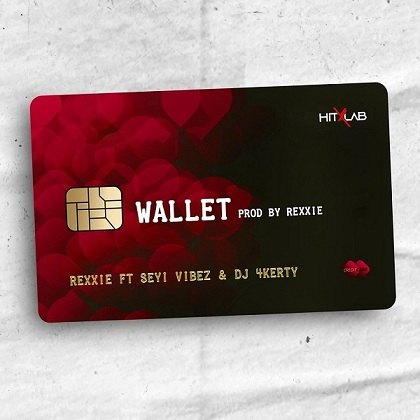 
Award-winning Nigerian music producer, Rexxie surfaced back into the music mainstream this new year with this jam called, Wallet, which features Seyi Vibez and DJ 4Kerty, for the listening pleasure of everyone out there.
The record follows up after his collaborative extended playlist with Victony called, Nataraja. On this tune, Wallet, Rexxie, Seyi Vibez and DJ 4Kerty, combined their individual efforts in creating this rthymic muisc.

Ezeh Chisom Faith, popularly known as Rexxie, is a Nigerian music producer, DJ and songwriter. He has worked with high profiled musical artists in Africa.
In the year 2020, he won Best Producer Of The Year at Soundcity MVP Awards Festival and City People Entertainment Awards. Ever since his inception into the music mainstream, Rexxie has delivered series of breathtaking singles that made so much waves.

Finally, Rexxie starts the year 2022, with this wonderful song named, Wallet, which features Seyi Vibez and DJ 4Kerty. Listen and enjoy below.