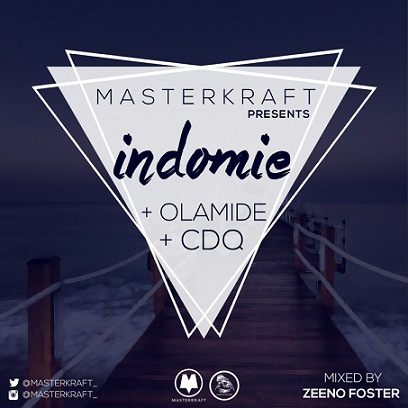 
Masterkraft collaborates with CDQ, Olamide and Davido on this tune called, Indomie (Remix). Released in the year 2015.


Respected Nigerian music producer, Masterkraft unfolds this beautiful song called, Indomie (Remix), which features CDQ, Davido and Olamide. It was in the year 2015 this outstanding soundtrack was unleashed, to excite all their fans out there. The song is a must-listen-to all sundry.

Masterkraft whose real name is Sunday Ginikachukwu Nweke, is a Nigerian record producer, disc jockey, band director, pianist, and songwriter. He has worked with artists such as Flavour N'abania, Bracket, Banky W, Timaya, Sound Sultan and many other top-notch lyricists.

Indomie (Remix), will continue to linger on the playlist of Masterktaft, CDQ, Davido and Olamide music fans. Listen and enjoy the record below.