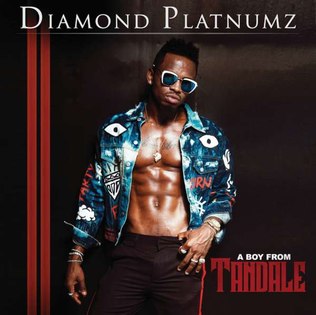 
"Kidogo" is a new song by the international Bongo Flava singer, Diamond Platnumz and P Square off his new album.


Without keeping the fans waiting, Diamond Platnumz unveils this stunning song titled "Kidogo" featuring Nigerian duo singer, P Square. He released this song in the year, 2018 off his new remarkable album of 18 tracks titled "A Boy From Tandale", via Universal Music Group.

After a huge success on Kamwambie (2010) and Lala Salama (2012), the Tanzanian Bongo Flava singer, Naseeb Abdul Juma Issack known as Diamond Platnumz released his much-anticipated album titled "A Boy From Tandale" by Universal Music Group, which displays influences of music from West of Africa, especially Nigeria.

According to the album title, it refers to Tandale, in the Kinondoni district of the Dar es Salaam Region of Tanzania, Tandale being Diamond Platnumz's birthplace. In the album, Diamond Platnumz embeds more energy and showcases his capability.

It consists of 18 impressive tracks of Afro-pop and Bongo Flava genres. It features vocals from, Ne-Yo, Morgan Heritage, Rick Ross, Omarion, Vanessa Mdee, Rayvanny, Jah Prayzah, Mr. Flavour, Young Killer, P-Square, Tiwa Savage and Richie Mavoko, who aid in making it a successful one. "A Boy From Tandale" was launched in Kenya.

"Kidogo" appeared as the 16th and one of the best tracks in the album you've been wanting to overhear from. It is a must listen to that will take your enjoyment very far.