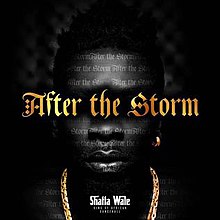 
Esteemed Ghanaian music singer and songwriter, Shatta Wale, delivers this mid-tempo soundtrack called Kakai, as one of his 2016 singles, for his fans to be entertained.

Shatta Wale, who always comes with a big vibe, has done it again, this time around. Kakai, is a lovely soundtrack, one can relate to, sing-along and vibe with. He really came through on this number, which was well-accepted by his esteemed fanbase and the music community.

Kakai, is lifted from his marvellous body of work called "After The Storm", standing as the album's sixth record, Kakai, is guaranteed to put a smile on the faces of his music fans and anyone who listens to it.