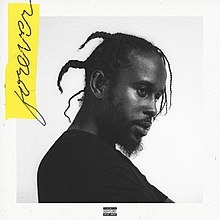 
"Silence" is a new song by the Jamaican reggae crooner, Popcaan off his new album.


Without keeping the fans waiting, the Jamaican and international serial maker, Popcaan unveils this stunning song titled "Silence". He released this song in the year, 2018 off his new remarkable body of work album of 17 outstanding tracks titled "Forever", via Mixpak Records.

With lots of records and a huge fan base, the Jamaican and international recording act, Popcaan kicks off his second studio album which was titled "Forever". It was released through Mixpak Records. Due to his impressive performance on his first debut "Where We Come From", fans are widely excited about his new offering.

"Forever" is a great album of the Dancehall, Reggae fusion and Pop genres where Popcaan still showcases his capability and maintains his unique vibe and style. The album houses 17 outstanding tracks which feature vocal assistance from Nigerian-Amerian and DMW honcho, Davido, who rendered good service in making it a successful one. Truly, Popcaan performed wonderfully in this project and we can't wait in having another offering from him.

Off this stunning album, the song "Silence" pops up as the 1st track that will make you hit the replay button again and again. The song production was handled by the American record producer, Dre Skull.