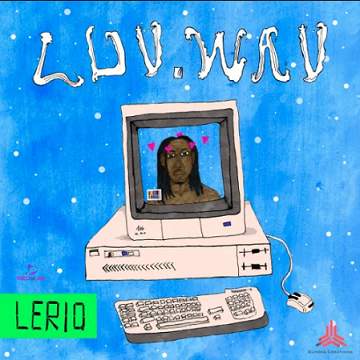 Track Title: Think Of You


The Nigerian record producer singer, LeriQ is out with a new single titled "Think Of You" featuring Ed iZycs off his new project EP.


One of the Nigerian celebrated record producers, LeriQ satisfies the fans with a new favourite gift titled "Think Of You" having Ed iZycs, as the guest. He made this song worldwide a few hours now which has started making a huge in Nigeria and across the country as well. "Think Of You" is a nice record of the R&B genre which was lifted from his new body of work Extended Play titled "Luv.Wav".

This season and thinking of what to offer to the fans, LeriQ satisfies the fans with a new beautiful body of work Extended Play titled "Luv.Wav" which has been shared on the streaming platforms. It was released through Eureka Creation.

Luv.Wav is a phenomenal Extended Play made of the R&B and Soul genres where LeriQ performed impressively and fans are excited about his impressive performance. The EP houses 6 tracks with the aid of Ed iZycs and Sneary Special, whose services are highly accepted.

From the Exetended Play, the song "Think Of You" appeared as the 1st and one of the best tracks that will surely be worth a place in your favourite playlist. Trust me, you won't like to miss it.


Share LeriQ - Think Of You ft Ed iZycs Mp3 with others on;