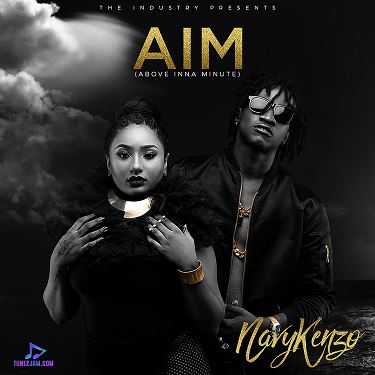 
Another impressive song with the title "Lini" was composed and recorded by Navy Kenzo featuring Alikiba.


Still can't let the buzz fade away, the Tanzanian duo superstar, Navy Kenzo brings out another captivating tune titled "Lini" as they call Alikiba, the Tanzanian recording artist as the guest artist. They released this song in the year, 2017 off their new trending album titled "AIM (Above Inna Minute)" via The Industry Studios.

This season, Navy Kenzo (Nahreel and Aika) surprises the fans with a new stunning body of work album titled "AIM (Above Inna Minute)" which was released under The Industry Studios owned by Nahreel. It happens to be the duo's first project after the break up of the music group called Pah One.

As he then continues the journey with his long time girlfriend Aika as a music duo, the new album "AIM (Above Inna Minute)" makes its way to be their first official project where they perfomed wonderfully well and showcases their capability in the public eye.

The album comprises 11 tracks with the aid of African top-notches like Alikiba, Patoranking, Wildad, Mr Eazi, Dj Moshe Buskila, Rosa Ree and R2bees, whose services are highly accepted by the fans. Truly, this duo is amazing and seeing their impressive performance on the album, they really deserve lots of kudos from the fans.

Off this stunning album, the song "Lini" pops up as the 1st and one of the best tracks that will keep you dancing each time you started listening to it... Just listen up and download the song below!

Share Navy Kenzo - Lini ft Alikiba Mp3 with others on;