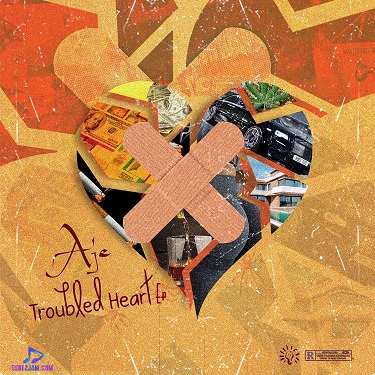 
Aje offered a new favourite gift titled "Beginning" to the hearing of his growing fan base. The song featured a vocal from Fola, who added his voice to create a unique record. "Beginning" is an Afrobeat song that was taken off Aje's new body of work Extended Play titled "Troubled Heart" which was released independently.

With full energy, Aje rises again with such a remarkable project Extended Play titled "Troubled Heart" which has been served on all platforms. It was released self-released and fans are excited about his new offering and impressive performance.

Troubled Heart is a splendid project made of the Afrobeat where Aje performed awesomely and showcases his potential and capability. The project houses five stunning tracks which featured vocals from Otega, Temmie Ovwasa and Fola, who aid in making it a successful one.

Off this gorgeous project, the song "Beginning" featuring Fola ranks as the 5th and the most interesting track you shouldn't miss this time from Aje... Just listen up and download it below!!!


Share Aje - Beginning ft Fola Mp3 with others on;

Aje - Save My Soul

Aje - Ask Too Much