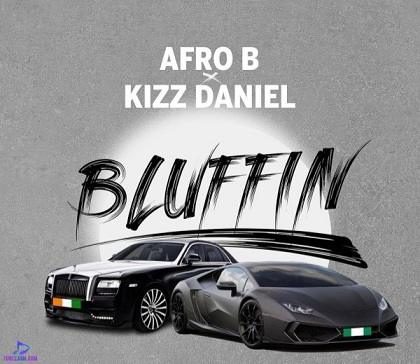 
Well, respected British DJ, singer and songwriter, Afro B unleashes this captivating tune called, Bluffin. The record features Nigerian Afro-pop singer, Kizz Daniel, whose flavour was overwhelming in his verse part. It was in the year 2022 this enchanting record was released.

The record, Bluffin happens to be Afro B debut single this year 2022. It follows up after he round up the year 2021 with the harmony called, Shisha, which features South African and Nigerian music divas, Ninola and Busiswa, still climbing major music charts.

Afro B whose real name is Ross-Emmanuel Bayeto is a British DJ, singer and songwriter. He's known well for his song, Drogba (Joanna). The record peaked at number 23 on the US Billboard R&B/Hip-Hop Airplay chart and led to the creation of the "Drogba Challenge".

Bluffin is another beautiful tune from Afro B and his collaboration with Kizz Daniel is an excellent one. Its production was handled by N2THEA. The record is so exciting and refreshing as you listen to it. Enjoy and experience the world of Afro B and Kizz Daniel with, Bluffin.


Share Afro B - Bluffin ft Kizz Daniel Mp3 with others on;

Afro B - Juice And Power

Afro B - Gonna Do

Niniola ft. Afro B - My Body