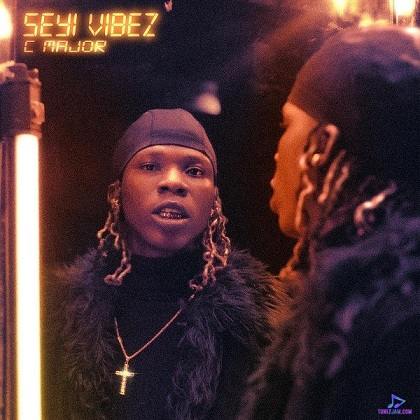 
Intelligent Nigerian music crooner, Seyi Vibez drops this beautiful tune which he tags, C Major. Seyi Vibez uses this catagloue to kick off the year 2022, after a brief jiffy in the music scene. C Major is a groovy studio record, one can sit, sing-along and vibe with.

Singer, Seyi Vibez comes through with this song after his debut studio project called, NSNV (No Seyi No Vibez). The project embodies eight solid and dope tracks, which features Nigerian music maestores, Teni and Reekado Banks. Seyi Vibez uses the project to showcase his God-given talent to his fans.

Seyi Vibez carefully unveiled this extraordinary song, C Major in order to remain invariant in the music industry that is rapidly growing with many vibrant artists emerging every hour.

C Major is a great and awesome piece of music, you will want to add to your playlist and play endlessly. Just take out and listen to this new jam from Seyi Vibez.

Share Seyi Vibez - C Major Mp3 with others on;