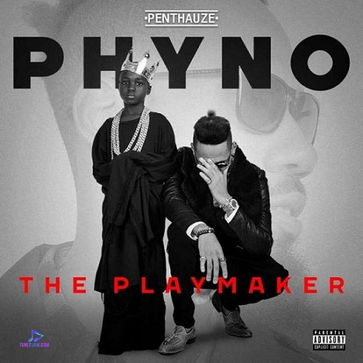 
On this record titled, Okpeke, Phyno join hands with 2Baba and Flavour to make sure this song is a jam to reckon with.


Popular music maestro, Phyno output this lovely record tagged, Okpeke with guest appearance from Flavour and 2Baba who also added spice to the melody. This song right here is ascertained to thrill all who listens and vibe to it.

Okpeke featuring Flavour and 2Baba, was outlined by Phyno as the ninth rendition that appeared on his sophomore studio album tagged "The PlayMaker". However, all tracks that was displayed on the above mentioned project was a masterpiece.

The PlayMaker Project was a follow up to Phyno's "No Gut No Glory" project released in the year 2014 and it houses songs like Alobam, Chibuzo, O Set feat. PSquare, Kush Music, Parcel, Man Of Year and several mind-blowing tunes.


Share Phyno - Okpeke ft 2Baba, Flavour Mp3 with others on;