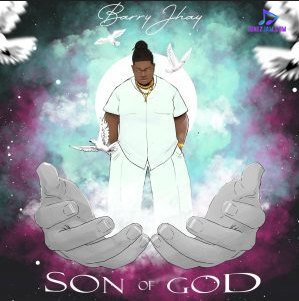 
"Ayewada (Remix)" is an Amapiano song by the Nigerian singer and songwriter, Barry Jhay featuring Zlatan Ibile off his new Extended Play.


To add more pressure to it, Barry Jhay calls the Zanku President, Zlatan Ibile for the remake of his 2021 trending song "Ayewada". He released the remix off his, 2022 body of work Extended Play christened "Son Of God" which has been served on all streaming platforms.

In this song, Barry Jhay and Zlatan show what it is to be a veteran by giving the beat nice and beautiful vocals and lyrics for the listening delight of the fans out there.

With full energy, Barry Jhay comes to the release of his much anticipated Extended Play titled "Son Of God" which has been shared on all streaming platforms. It's the second Extended Play of this young dude after "Barry Back" released in 2020 by Cash Nation Entertainment.

Son Of God is finally out and it's a remarkable project made of Afrobeat which comprises seven impressive tracks where Barry Jhay performed awesomely and still proves his capability. It features vocals from African to-notches like Kuami Eugene and Zlatan Ibile, who played a wondrous role in making done and dusted.

Taken from the Extended Play, the song "Ayewada (Remix)" ranks as the 7th and one of the best tracks that will take your enjoyment very far. Trust me, you won't like to miss such an offering from Barry Jhay.

Portable ft. Barry Jhay - All Eyes On Me