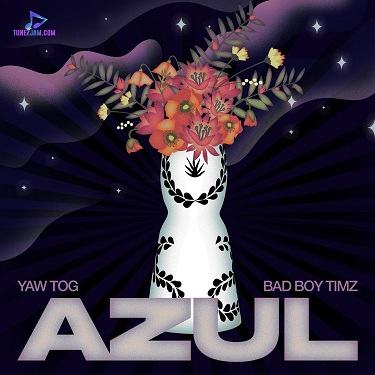 
Still keeping the records, the Ghanaian rapper, Yaw Tog satisfies the fans with a new song titled "Azul" having Bad Boy Timz, the Nigerian singer as the guest artist who did justice to it. He released the sing this year, 2022 which has started making a huge trend in Ghana, Nigeria and other countries out there.

Thorsten Owusu Gyimah, popularly known as Yaw Tog, is a Ghanaian rapper who majors in drill music known in Ghana as Asakaa. He is best known for his trend song "Sore" which featured O`Kenneth, City Boy, Reggie and Jay Bahd and also Kwesi Arthur and Stormzy on the remix.

This time, Yaw Tog who knows what's best for his fans decided to make a new offering with "Azul" after the successful and beautiful works being done in 2021 including his "Time" EP. He thrills the fans again with a perfect blend of Amapiano and Afrobeat as he welcomes, Bad Boy Timz who garnished the song with his own voice and lyrics for the listening delight of the fans out there.