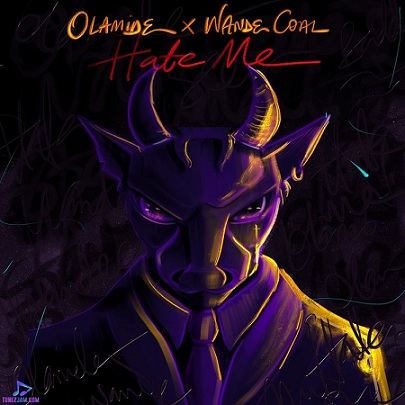 
Update your playlist with this fascinating song named, Hate Me, performed by Olamide and Wande Coal.


Listen and Download this beautiful song christened, Hate Me, written and composed by Olamide. On this studio number, he enlisted Nigerian Afrobeat singer, Wande Coal, who garced a wonderful rendition on it, delivered to the fans in the year 2022.

The YBNL boss, Olamide is back to take over the music mainstream. This P.Prime produced soundtrack is another tremendous entry to enjoy and vibe with. The featured artist, Wande Coal, added a sultry vibe to the record, which his fans will be pleased to hear.

Olamide is one of the biggest and most influential artists in Africa, his contribution to the music industry has earned him several achievements. The record, Hate Me, which features Wande Coal is the lead single to Olamide's final album of his career named, Unruly.


Share Olamide - Hate Me ft Wande Coal Mp3 with others on;

Jaywon ft. Olamide - Who No Go No Know