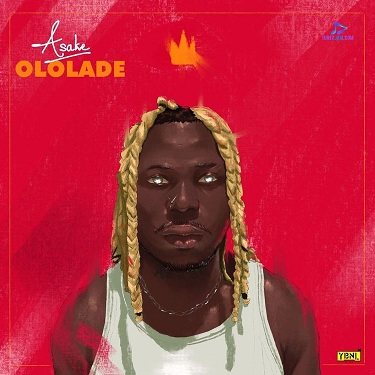 
"Baba God" is a new song by the Nigerian singer and songwriter, Asake off his new Extended Play.


With fans anticipation, the Nigerian songster, Asake unveils a new soundtrack titled "Baba God". He released the song this year, 2022 which has started making trends and accumulating lots of streams and fans positive remarks on the streaming platforms. The song "Baba God" was one of the tracks off his new EP titled "Ololade Asake" via YBNL.

This year, Asake rises with full energy to turn up the industry with this studio records and entertainment in general. The newly signed acts in YBNL Nation owned by Olamide brings out a new stunning body of work Extended Play titled "Ololade Asake" which will be accepted by his growing fan base.

Ololade Asake is a superb Extended Play made of the Afrobeat genre that comprises 4 impressive and outstanding tracks where Asake proves his capability. The body of work features a vocal from his boss, the Nigerian rapper, Olamide who rendered good service in making it an impressive and successful one.

Taken from the Extended Play, the song "Baba God" ranks as the 4th and one of the best tracks in which its production was handled by Nipheys.