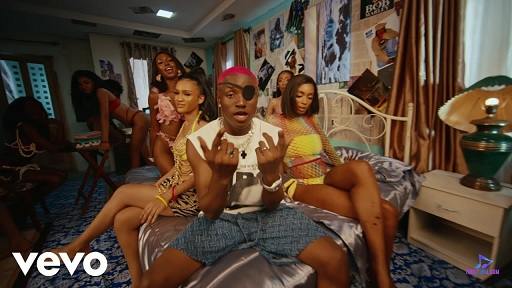 
The young and talented music singer, Ruger thrills the fans with the official video of his song "Girlfriend".

To create more merrymaking, the young superstar, Ruger released the video to his still trending song "Girlfriend". It was premiered this year, 2022 about a few hours now and has started making a huge trend in Nigeria and across the country.

"Girlfriend" is the song from Ruger's new and anticipated deluxe version Extended Play of "The Second Wave" which was released in 2021. The deluxe version carries a number of three tracks added to the four previous tracks, "Champion", "Useless", "Snapchat", and "Dior". The new offering was released under Jonzing World Entertainment under an exclusive license to Sony Music Entertainment UK.

The Second Wave (Deluxe) is a phenomenal and well-created Extended Play where Ruger proves his talent and showcases the high echelon of his music genres. It houses seven impressive songs with no guest appearances.

So today, the Nigerian and African favourite singer just made an offering with the official video of the song "Girlfriend" where he performed awesomely well and still keeps his unique style of dance and madness when shooting a video.

Watch out for the video below!!!